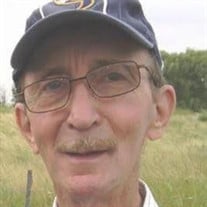 John Lloyd Harrell, age 75, of Traverse City, passed away peacefully on Thursday, June 16, 2022, at home. He was born on August 11, 1946, to Norma (Corning / Ericsson) Harrell and Daniel Francis Harrell in Toledo, Ohio. John was raised in Detroit, Michigan. He was graduate of Detroit Pershing High School and began college at the age of 61, earning two associate degrees in "Science and Arts" & "Computer Science". Life devoted to science, astronomy, hockey, scouting, higher learning, being the best Dad, best friend, and an EXTREMELY gifted Father. He loved sharing his hockey stories of being a "JR Red Wing" that played with the big guys like Howe, and Lindsay. He was at the Olympia as a member of the Detroit Hockey Club in the early 1960's. He was also an amazing, cool, calm, collected but smart baseball coach for peewee and little league for both his oldest sons Daniel Sr. and Timothy. John was also den-leader of cub-scout troop #1584 of the Detroit Area Council. He custom built all of his own telescopes, allowing us cub scouts to explore the milky-way beautifully. A brilliant mind, heart of gold, spreading kindness or looking to make others smile and laugh. Something he was extremely gifted at. John is survived by his four children Daniel Steven Harrell, Sr., Timothy Harrell, Jennifer Anderson and youngest son Joseph: seven grandchildren, Daniel Harrell Jr, Caitlin Harrell, Johnathon McClellan, Celeste Nelligan, Emily Anderson, Damian Harrell and Dominic Harrell. Loved and admired Father, Grandfather, and best friend. You will be missed sweet prince! Celebration of Life to be held at a date and time to be announced. Cremation arrangements provided by Wolfe-O'Neill Funeral Home, our family serving yours.

John Lloyd Harrell, age 75, of Traverse City, passed away peacefully on Thursday, June 16, 2022, at home. He was born on August 11, 1946, to Norma (Corning / Ericsson) Harrell and Daniel Francis Harrell in Toledo, Ohio. John was raised in... View Obituary & Service Information

The family of John L Harrell created this Life Tributes page to make it easy to share your memories.

Send flowers to the Harrell family.